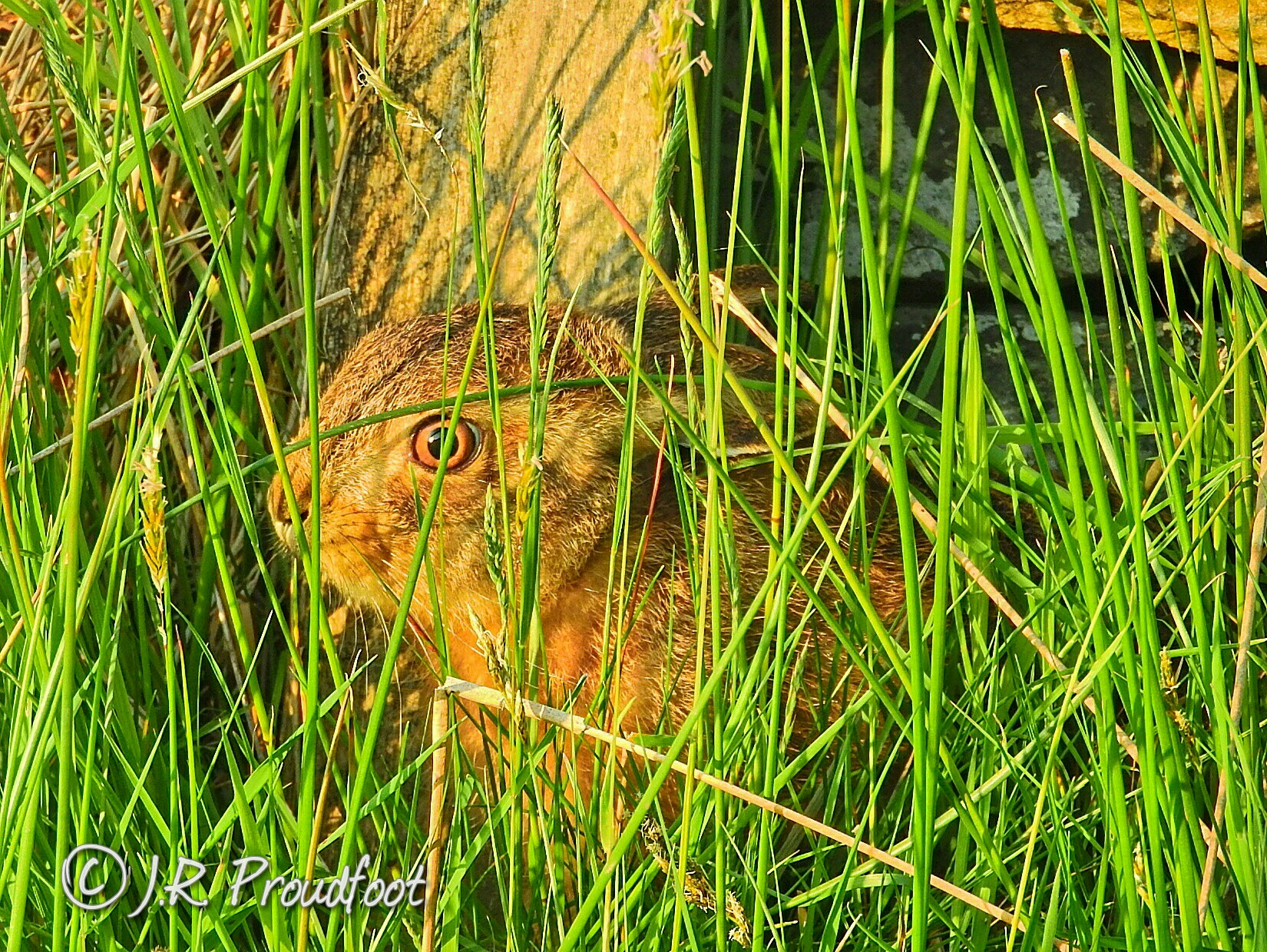 #StayWild Tip: Admire the setting sun. Stay up late, look to the west and watch the sky turn pink.

For Day Five of 30DaysWild I wanted to find a vantage point to enjoy a summer evening sunset. Nearby Glen Fruin offers some stunning westerly views toward the hills and mountains of Arrochar and the wider Loch Lomond and Trossachs National Park.

I grabbed my camera and binoculars and jumped in the car, but I didn’t count on all the distractions along the way….

Given that it was such a warm day,  I first made a detour and parked at the start of the path to Auchengaich Reservoir. I wasn’t going to walk to the Reservoir,  but did want to check an area where I know you can find sunbathing viviparous lizards (also known as “common” lizards,  but there’s nothing common about these diminutive dinosaurs). 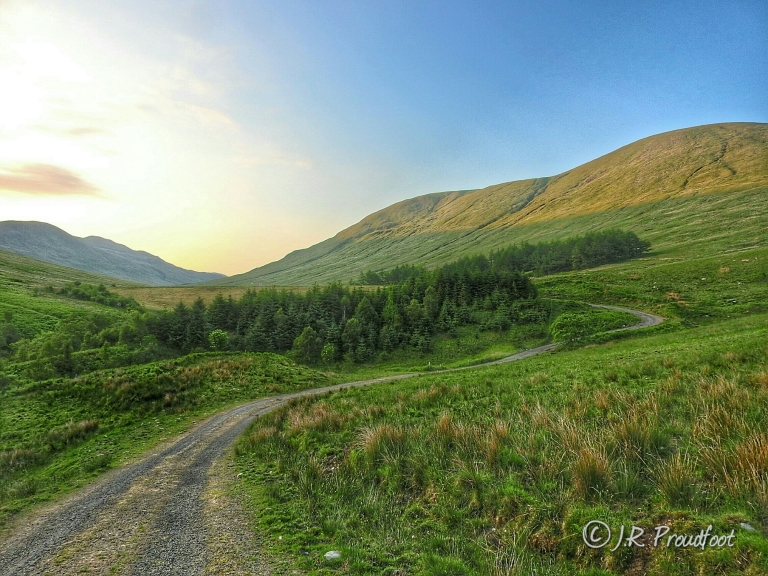 There were no lizards tonight,  but a rustle in the long grass beside the fence had me wander a little further up the path. A young hare –  a leveret – was hiding in the grasses,  and I gave the little fellow a wide berth. He soon scampered off,  with a funny, gangly-legged lope. 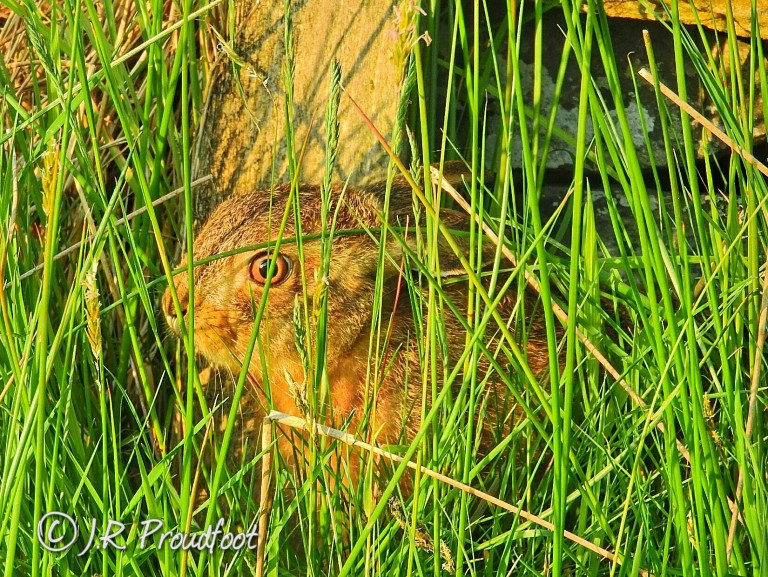 As the sun got lower it cast amber suffusion across the landscape, and I was lured a little further along the path by a patch of bog cotton, bursting with fluff. 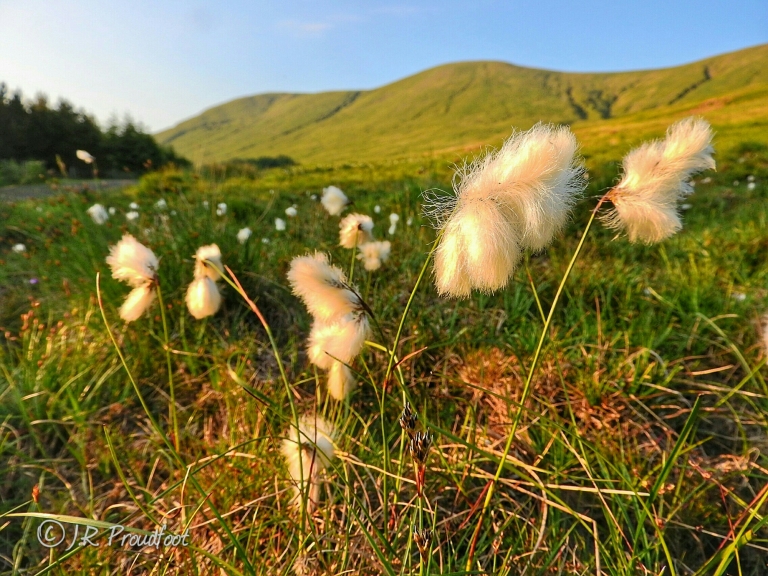 A little further on I could see the nodding violet heads of butterworts in  bloom. I am fascinated by this plant as it is carnivorous,  like sundew. It catches small insects using sticky “glue” on its green rosette of leaves, then the edges curl inwards to entrap and digest any insects silly enough to get stuck.

By now I was almost at the Reservoir,  and the sky has an apricot tinge. The sun has almost dropped behind the prow-like ridge of The Strone, so I’m going to have to relocate if I want to see a sunset!

Before I turned back to the trailhead, I could hear birdsong that I didn’t recognise. I homed in on the sound to find a pair of grey wagtails singing around the reservoir slipway. I spent a little bit of time watching them before heading back.

Back in the car I went toward Glen Fruin proper to maybe catch a sunset. As I drove west to the viewpoint,  my road was blocked by the answer to the eternal question:

Q. Why did the chicken cross the road?

A. Because it was trying to get away from an oversexed peacock!

Watching this peacock shake it’s thang at the completely indifferent cock was quite something. He followed the chicken step for step,  rustling his tail feathers and strutting for all he was worth. I’m not sure who was the most embarrassed.

By the time I continued from this unusual show, the sun had almost entirely dropped behind the hills and I had pretty much forgotten what I had come out for.

As I waited for the sun to lower completely I watched a kestrel hunting in the last vestiges of sunshine – perhaps the same one I saw on Friday as it was in the same area. 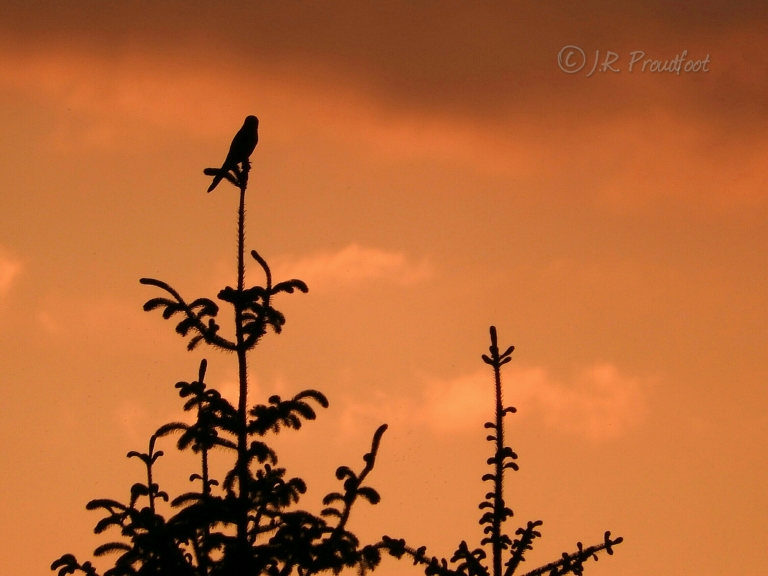 Finally I was rewarded with an expanse of sky resembling the surface of Jupiter. Rolling bands of orange, purple and gray unfurled on the horizon, while pheasants coughed in the fields alongside whistling curlew. A very perfect end to a very wild evening,  despite the very welcome distractions!