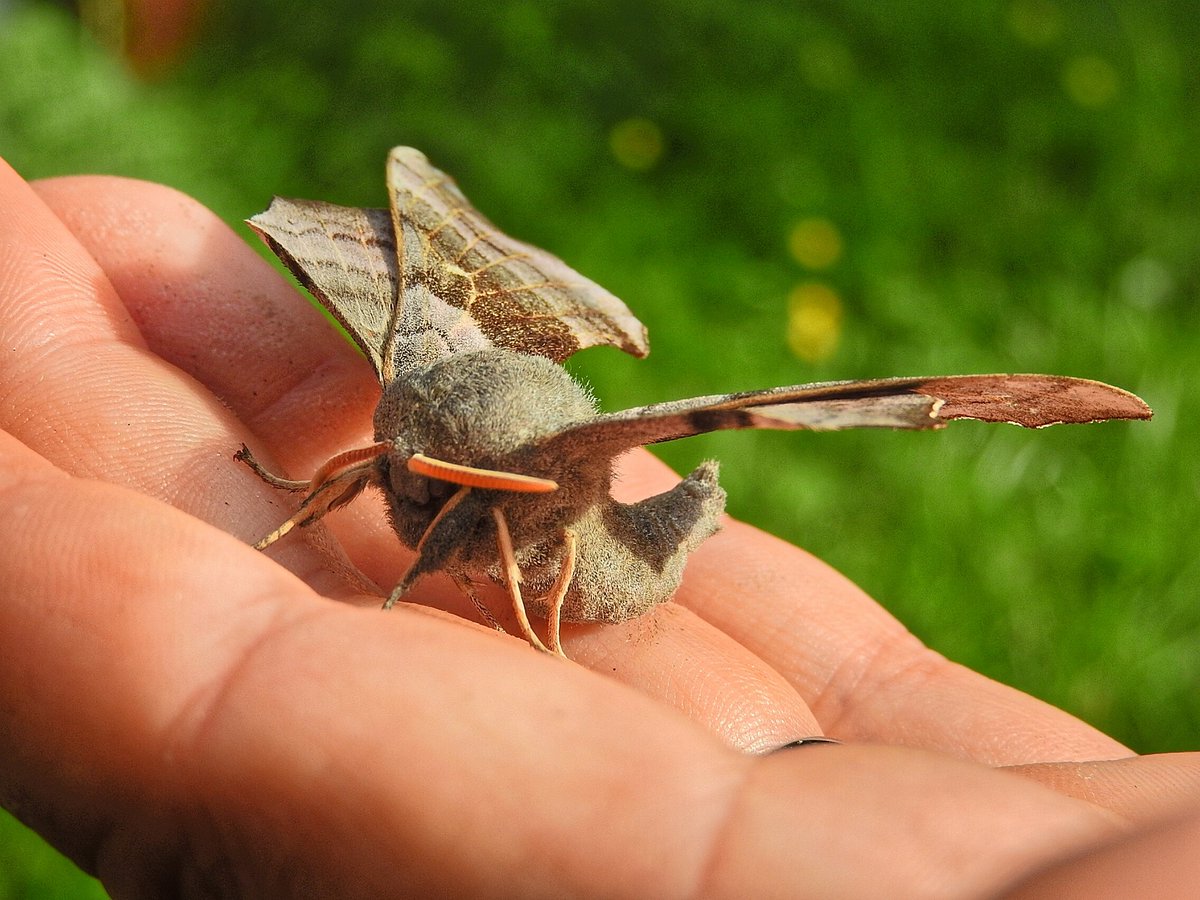 Spring seems a long time ago now. The hubbub of fledgling and feeding birds has subsided as the majority of breeding is over, and even the adults seem quieter overall, no doubt making the most of the lull to begin their summer moult. The land seems to be taking a pause, relaxing after the urgent growth spurt of early summer, and maturing into something lazier. I admit that, although I do enjoy the drama of wind and rain, I am a fair-weather adventurer, preferring sunny, calm days to enjoy the sounds and sights at a leisurely and unhurried pace.

Day 40 – This week started with a post-dinner drive through Glen Fruin, a road always guaranteed to present something of interest. Many young swallows, meadow pipits and comical little pied wagtails play chicken with the car – at a modest crawl I am no threat to them, and they sit, curious on the road and dry-stone walls that line the way.

Hares, normally abundant here, have become harder to see, but I did catch sight of one loping through the tall grass and reeds in a meadow. There is something otherworldly and arresting about hares. They seem oddly out of place to me, as if they do not quite fit as wild animals in our country (somewhat appropriately since the only indigenous UK hares are mountain hares).

Day 41 – The next day was a busy one, but I made the most of an evening dry spell to tackle a job I’ve been meaning to do for a while. I’ve been collecting and chainsawing lengths of different felled trees in order to construct an insect house in the garden. At the moment it consists of a large pile of materials waiting to be organised, but there was no reason I couldn’t already make it homely. I used a drill with a number of different-sized bits to create patterns of holes suitable for different insects. At least now the beetles and bugs can move in straight away. It will become apparent that I have lots of plans, in various stages of planning, construction, and accumulation of objects….

Day 42 – The following day I was able to enjoy a lunch-time walk through Coilhallon Woods in Callander. I was struck by the fact that, where a few weeks ago the verges and hedgerows were resplendent with colourful wildflowers, they were now beginning to fade and be replaced by various fruiting bodies. Wild strawberries, ramsons, blackberries, and dock plants have gone to seed, with plump protrusions promising future generations for the plants and food for wildlife. In the dark, shaded leaf litter under the tree canopy mushrooms emerge. Is it Summer, or Autumn already? 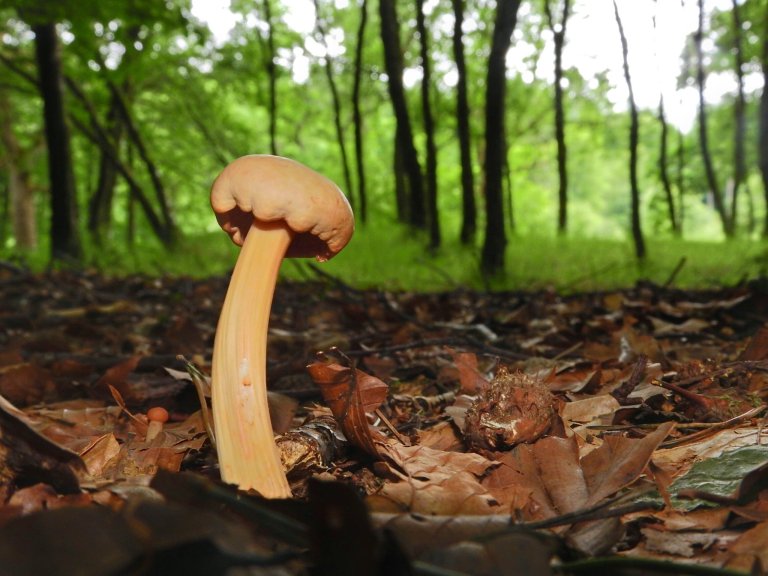 Day 43 – Wednesday was another very wet one with very little to be found. My garden was quiet, with few visitors to the feeders, and apart from a wasp or two there were hardly any bees to be seen. As the evening cleared, cheerful slants of sun made brave efforts to push aside the clouds, and I had a little hunt underneath some choisya leaves in a dry patch of the border. I found a number of creatures taking refuge, from flies, small snails, froghoppers and this wonderfully large harvestman. Often mistaken for spiders (although they are arachnids), harvestmen seem leggy, laid-back and far more relaxed than their web-spinning cousins.

Day 44 – The next day was far better, with plenty of sunshine. I spent a while watching juvenile goosander on the bridge over the river in Callander. I have enjoyed watching this family group grow up from a cluster of pale, downy chicks on the grass bank to the well co-ordinated flotilla you can see in this quick clip. It is entertaining to watch them diving together, especially as they struggle against the quite fast currents beneath the bridge.

For Day 45 I was able to experience a wild activity that I had never tried before. We took a group of our Summer Programme kids to the Go Country water park, which is found on the banks of Loch Ard. It’s a terrific base for a variety of water-based activities – Loch Ard is fairly small and sheltered, so is perfect to explore by kayak or canoe. On the day we visited the rain returned with a vengeance, but it’s one of those rare outdoor activities where the weather really makes no difference!

The water park itself is a set of huge inflatables set on the lochside, which the children enjoyed very much. I’m not a swimmer, and it was my first time paddling around in a loch in a wetsuit. I had expected the water to be freezing, but it turned out to be a balmy 16 degree celsius and perfectly comfortably so long as you kept moving. We were kept company by the rather friendly and fearless young mallards. 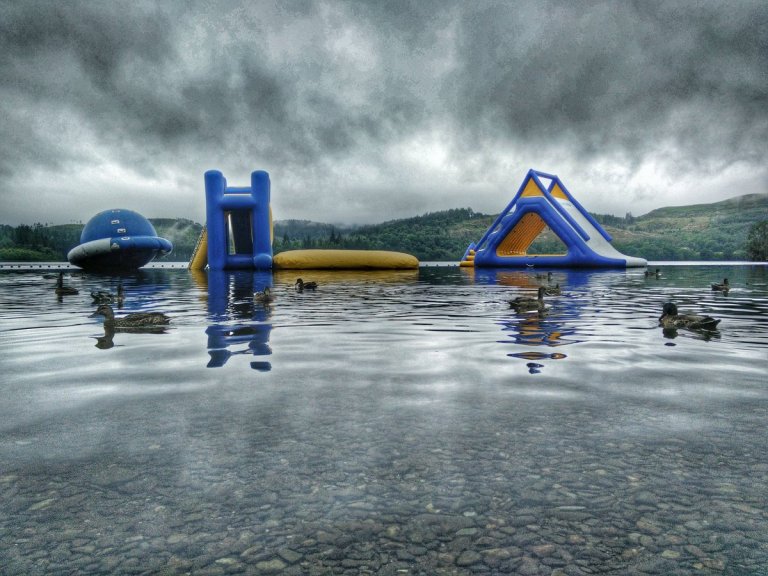 Day 46 – The following day I did a little weeding at home before dinner, and got myself covered in cleavers, also know as goosegrass. Even as a 40-year-old man (almost) I still smile a little when I encounter these; when I was a boy my pals and I called this plant “sticky willy”. We would sneak up behind each other and throw the velcro-like stems onto each others jumpers. The fun part was seeing how long they would stay “sticky” before the friend noticed they had a plant stuck to their back…. Comedy gold! 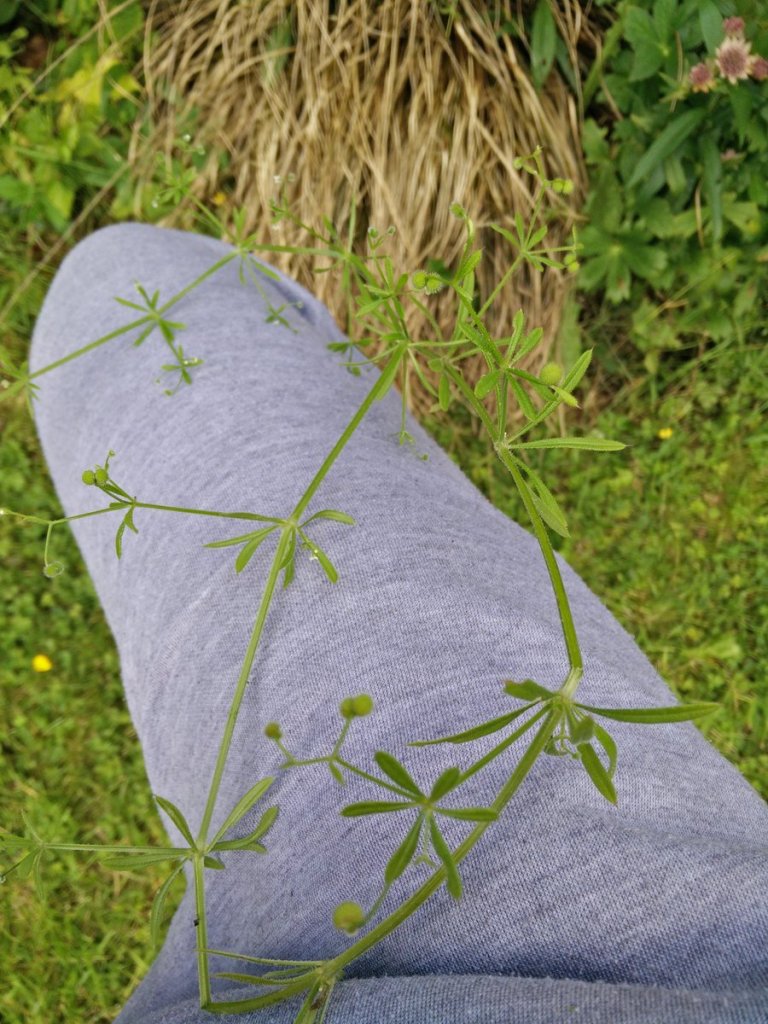 Day 47 – As my weekend arrived I put into motion my plan to build a moth trap. For this one, the essential apparatus consisted of two lights bulbs (an incandescent and ultraviolet) plus clamp fittings, a plastic crate, four archery arrows, a road sign that blew into my garden in 2014, some clear perspex sheets, cardboard egg trays, and lots and lots of duct tape. After thirty minutes or so of bodging (and feeling something like T.H. White in The Goshawk) I wound up with this contraption. 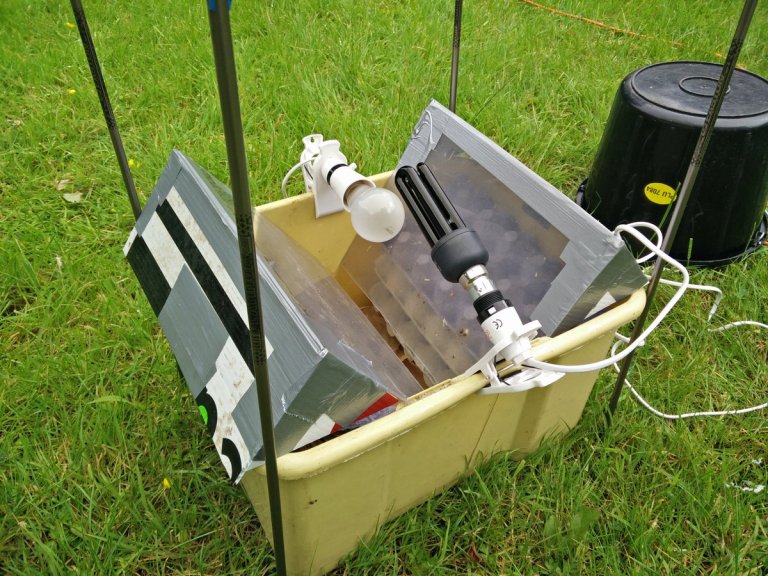 The basic idea is that moths are lured in by the differing wavelengths of light. They drop between the sloping plastic to be collected in the crate, where they are able to hide amongst egg trays and crumpled brown paper as dawn appears. The entire thing is sheltered by a sheet of clear plastic held aloft on the nocks of four arrows, and the bulbs are switched on once darkness falls and left on overnight. The forecast was for a warm, dry evening, so I was very hopeful of attracting something.

An inspection early the next day revealed a horde of captures, more than I could have hoped for, of all shapes and sizes. Like many people I never really gave moths much notice, but I was stunned by the variety, complexity and beauty of some of their markings. I had a field day with my field guide trying to identify them all, although some flew off before I had a chance to get to know them better.

Not only are they gorgeous insects; they have the most wonderful names too, like characters or places from a Tolkien epic. Inside the trap I found Light Emerald, Scalloped Oak, Fanfoot, White Wave, Dark Arches, and  Lunar Yellow Underwing.

I was delighted with the wealth of visitors, but I had a secret yearning to attract one of the larger, “legendary” moths I had always admired in books, and when I lifted the last piece of egg tray I couldn’t believe my luck. At the very bottom of the crate was a stunning and very large Poplar Hawkmoth. I admit to having goosebumps as I examined this incredible-looking creature, and I was quite sad to see him go when I released my collection into the dark, protective shade at the garden’s edge. 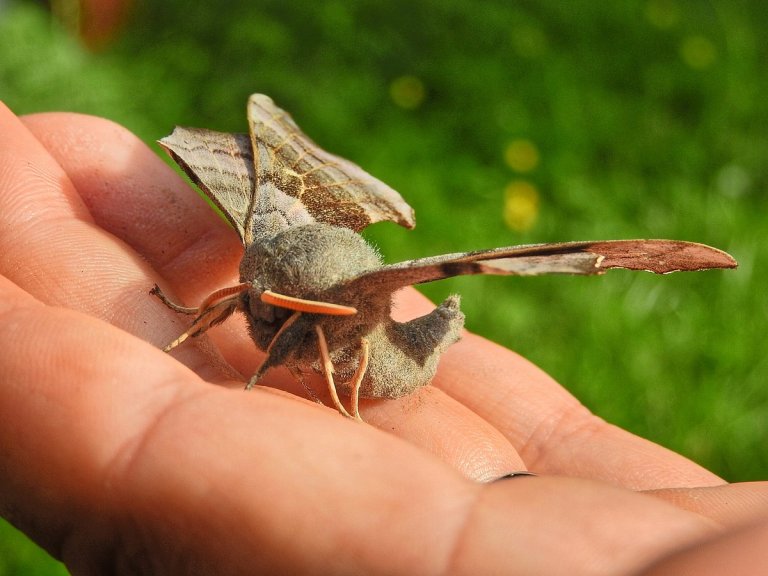